“iDate a Bad Boy” is a 2009 two-part episode of iCarly. It aired on 9 May 2009. It is the second iCarly special after iGo to Japan. This episode features two parodies: The Sham-Pow is a parody of the ShamWow and Pee-Wee Babies are a parody of Beanie Babies. 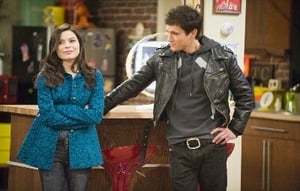