Sam owes Carly and Freddie $526, so she gets a job to earn the money, and pay them back. Carly, Sam, and Freddie make a broadcast on iCarly to all their fans to donate money to Sam. However, they find out its illegal to solicit money over the internet. Meanwhile Spencer tries to impress an attractive single mom by helping her daughter sell fudge balls, an equivalent to Girl Scout cookies, but two scouts stole Spencer’s place at the market. Spencer comes up with the idea to send every iCarly fan who sent them money to send them fudge balls. Carly and Freddie then hire someone to give the money they earned to Sam in a tip. At the end, everyone enjoys what Sam got with her money except Spencer. 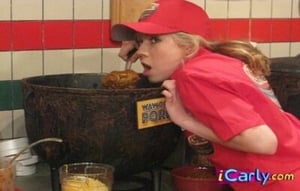 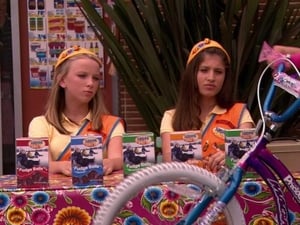