Carly’s old friend Missy Robinson returns to Seattle and tries to become Carly’s only best friend and replace Sam because she was Carly’s best friend first. Sam was given expired chocolate by Missy, and she destroyed Sam’s cell phone, and in addition, Missy texted Sam the wrong address to a helicopter base, that she intended to go on with Missy, and Carly. Missy’s actions are claimed “accidental”, however Sam realizes what Missy is trying to do, but no one believes her as they think Sam is being “her usual paranoid self”, because she was being paranoid when she thought Lewbert was an undercover cop, because she thought his giant wart was a spy cam and thought Gibby was a mermaid because he doesn’t like wearing shirts. Missy confesses to Sam, but since no one will believe her, she is forced to ask Freddie for help, so when Freddie wins a six month cruise, he gives it to Missy so she will go away. Shortly after Missy is awarded with the cruise, Carly discovers Missy’s plans to destroy her and Sam’s friendship. Meanwhile, while packing for a camping trip, Spencer is locked in the basement by a psychotic boy, Chuck, seeking revenge from Spencer for telling on him and getting him grounded in the episode “iHurt Lewbert”. Chuck is eventually caught at the end of the episode and is grounded by his father. 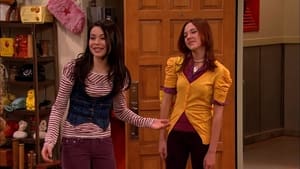 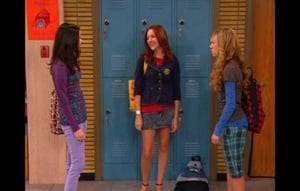